skip to main | skip to sidebar

This article about the "million tax-payer march" sure warms my heart.

WASHINGTON (AP) — Tens of thousands of protesters fed up with government spending marched to the U.S. Capitol on Saturday, showing their disdain for the president's health care plan with slogans such as "Obamacare makes me sick" and "I'm not your ATM."

The line of protesters clogged several blocks near the Capitol, according to the D.C. Homeland Security and Emergency Management Agency. Demonstrators chanted "enough, enough" and "We the People." Others yelled "You lie, you lie!" and "Pelosi has to go," referring to House Speaker Nancy Pelosi, D-Calif.

Other signs — reflecting the growing intensity of the health care debate — depicted President Barack Obama with the signature mustache of Nazi dictator Adolf Hitler. Many referred to Obama as a socialist or communist, and another imposed his face on that of the villainous Joker from "Batman."

Richard Brigle, 57, a Vietnam War veteran and former Teamster, came from Paw Paw, Mich. He said health care needs to be reformed — but not according to Obama's plan.

"My grandkids are going to be paying for this. It's going to cost too much money that we don't have," he said while marching, bracing himself with a wooden cane as he walked.

FreedomWorks Foundation, a conservative organization led by former House Majority Leader Dick Armey, organized several groups from across the country for what they billed as a "March on Washington."

Organizers say they built on momentum from the April "tea party" demonstrations held nationwide to protest tax policies, along with growing resentment over the economic stimulus packages and bank bailouts.

Armey and other speakers directed their ire at Pelosi — Armey took a photo, telling the crowd he wanted to be able to prove to her they were there.

"If it's necessary, we'll come back here next year," he said.

Many protesters said they paid their own way to the event — an ethic they believe should be applied to the government. They say unchecked spending on things like a government-run health insurance option could increase inflation and lead to economic ruin.

Terri Hall, 45, of Starke, Fla., said she felt compelled to become political for the first time this year because she was upset by government spending.

"Our government has lost sight of the powers they were granted," she said. She added that deficit spending is out of control, and said she thought it was putting the country at risk.

Race also became an issue when a black Republican leader denounced African-American politicians that she said had an "affinity" for socialism.

One woman held a sign with images of Martin Luther King Jr. and Obama, with the words printed alongside: "He had a dream, we got a nightmare."

"Republicans, Democrats and independents are stepping up and demanding we put our fiscal house in order," Pence, of Indiana, told The Associated Press.

"I think the overriding message after years of borrowing, spending and bailouts is enough is enough," Pence said.

Other sponsors of the event include the Heartland Institute, Americans for Tax Reform and the Ayn Rand Center for Individuals Rights.

Connie Castleton, 52, of Irving, Texas, said she drove 20 hours from her home to attend the rally. The nurse said she's motivated to try and get others involved in opposing Obama's health care plan.

"There's a lot more people mad about what's going on than I thought," she said.

Several protesters said they represented a "silent majority" or referred to themselves as "community organizers" — a phrase often associated with the president.

"This isn't some right-wing conservative agenda," said 30-year-old Adam Moore of Rochester, Mich. "This is a true grass-roots movement."

Erica Coyle, who's in her 50s and is from Louisville, Ky., said problems began before Obama took office, but she said the situation has worsened and people are "finally waking up."

"This is his Waterloo," Coyle said of Obama.

Posted by Miss Adventures at 12:13 AM No comments:

Eight year anniversary today. Charlie Sheen is making videos about how it was an American government conspiracy, Obama wants to make us forget the powerful symbol of the day and make it a "serve day" (as in community organizer), and all the liberals can do is piss and moan about healthcare.

Thank you service members.
Posted by Miss Adventures at 7:52 PM No comments:

Obamacare: Let me get this straight

**I'm not clever enough to come up with something like this; this is a forwarded email

Let me get this straight.

Obama's health care plan will be written by a committee whose head says he doesn't understand it, passed by a Congress that hasn't read it and whose members will be exempt from it, signed by a president who smokes, funded by a treasury chief who did not pay his taxes, overseen by a surgeon general who is obese, and financed by a country that is broke.

What could possibly go wrong?

Posted by Miss Adventures at 7:49 PM No comments:

I went to counter-protest socialized Obamacare and it was pretty horrible. Not only was the opposition mean, violent and downright crazy, but Jim McDermott was blasphemous. He had the gall to use Jesus Christ as part of his agenda by saying things like Jesus helped the sick without profit, yadda yadda. It made me sick to my stomach because majority of Liberals (not all, mind you) don't even believe in Jesus Christ. It's sick to use religion as a political ploy. If George Bush or any Republican politician used Christianity, they'd be all but stoned to death by liberals.

Jesus healed the sick without government force. He did charity on his own without expecting to be repaid and without stealing from the good people of the community.

Does anyone else feel like they need to apologize to God on McDermott's behalf? Is anyone else embarrassed but such statements? Forgive them, Lord, for they do not know any better.
Posted by Miss Adventures at 11:03 AM 1 comment:

I'm so proud to know this gal

Posted by Miss Adventures at 10:31 AM No comments:

Who is Bill Maher anyway?

Bill Maher thinks Americans are stupid. Well some are; him for one. Can't disagree entirely. But saying that with the emphasis on "Americans" is not a good idea. He insulted everyone in that room and they laughed? The biggest problem I have with his statement is not entirely on the stupid part but the "drag them to it part" bothers me. Excuse me but that sounds like a communist talking. How about this Bill: let us drag you to your death. This is not the first time he's said it. This is July 2009. Entertainers are SO arrogant that they think they are "the average American" and if you don't agree with them, then there is something wrong with YOU. They don't worry about if they are getting their next paycheck or if their kids will make it. They have fancy things, money, nannies, private educations and trust funds for their kids. Majority of Americans are on my side of the fence, not his. Jerk.

MAHER: But yeah, I mean, they are talking about 60 votes. Forget this stuff, 60. We can't get Americans to agree on anything 60%. 60% of people don't believe in evolution in this country. He just needs to drag them to it. Like I just said, they're stupid. Just drag them to this. Get healthcare done.

Posted by Miss Adventures at 8:39 PM No comments:

Race issues are a tired subject. Get over it already. This is just beyond silly and the black people are reaching. Waaaah. Such victims. It's people like this who whine about race issues that are making their own race look bad--they don't need any help from white folks!

Anyway, this article had me half laughing in disbelief because a toy company made dolls of three races (white, black, hispanic) to be cuddling with a stuffed animal. One theme was Panda and another was Monkey. Black people are outraged that a black doll is cuddling with a monkey.

Sometimes a monkey is just a monkey.


The dolls are like the ones below except holding a monkey. Video on the article. 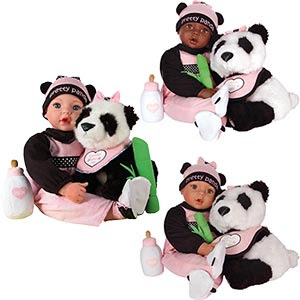 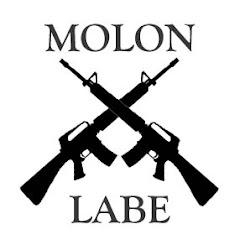 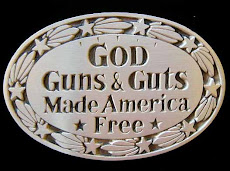 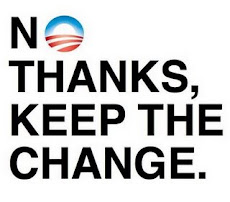 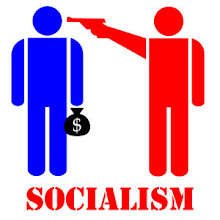 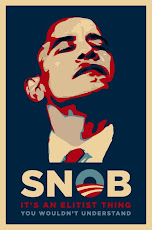